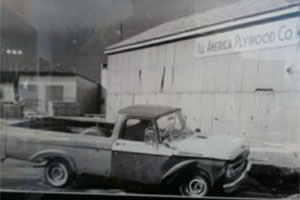 Incorporated in 1967, All America Plywood continues to sell plywood and panel products from the vicinity of Seven Mile and John R roads in Detroit.

The original warehouse on Seven Mile Road was a quonset hut with dirt floors and much of the incoming freight and outgoing orders were loaded by hand.

The company moved briefly to a location near Seven Mile and Mound, further East in Detroit, before settling at a small building on Robinwood Avenue in 1970. 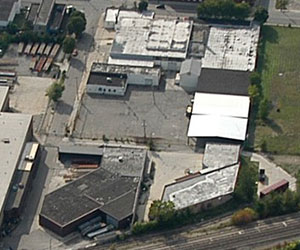 By 1979, AAPCO had outgrown the Robinwood facility and purchased a larger building next door to the current location at 18840 John R.

Today, current owner Kurt Ludwinski oversees a facility with over 80,000 square feet and 20 employees.  The company sells to hundreds of accounts in the greater Detroit area, as well as Northern Michigan, Toledo and Cleveland, Ohio.